These little heart plants are one the most attractive varieties of flowering plants. The bleeding heart flower is in the shape of a heart and looks like heart-shaped pillows. The flowers got the name due to its heart-shaped flowers, which have a dangling pendulous which looks like a blood drop. These bleeding heart plants are a part of the Dicentra genus. There are also other plants in this genus.

In the article, we will tell you about the most popular variety of bleeding heart(L. Spectabalis) in the Dicentra genus. Other varieties of this genus are not cultivated and are mostly wildflowers. So, in the article below, we will explore bleeding heart plant care and aspects related to it.

The bleeding heart is a type of woodland plant which loves shades. They bloom in the cool season of the spring. Although these plants stay bloomed for many weeks, they can become ephemeral. This usually happens during the summers if you expose them to too much heat or sun.

However, the roots of these bleeding heart vine plants remain alive. This is why the plant grows back during the fall season or in the next spring season. The fringed leaf bleeding heart varieties repeat the bloom all through the summers.

What’s even amazing is that the bleeding heart grows on itself. This usually takes place from the seeds in the bleeding heart flower. But k ly if the flowers are bot deadheaded. These plants have a medium growth rate and reach the mature size in a period of 60

This sensitivity towards the heat makes the establishment of new bleeding heart bush in warm climates hard. In addition to this, the bleeding heart flower is delicate, and this needs protection against the strong winds. This is an important part of bleeding heart plant care, so remember to protect it.

The bleeding heart in general blooms at the same time like hellebores, Brunner, and pulmonaria. All of these plants contribute to the woodland cottage’s wonderful effect. The plant stays in bloom for several weeks; however, the bleeding heart bush foliage goes down once it’s done flowering. The good thing is that you can plant some late-growing plants in nearby areas. This will help you in keeping the bloom when the bleeding heart plant goes dormant or disappear.

Some of the best options include hosta, ferns, monkshood, foam flower, and coral bells.

The good thing is that these plants are trouble-free, and thus, bleeding heart plant care is easy. However, they can suffer from Some general problems like powdery mildew and aphids occasionally.

The bleeding heart does great in the shady spots, and this is why planting it in areas where it can get protection from the sun is essential.

The best spot which you can choose for planting it is near a deciduous tree. This is because the deciduous tree will provide it protection from the heat of the sun. Since the bleeding heart is an early bloomer, the tree will protect it. The plant will be growing and well up before the tree goes out.

The bleeding heart plant loves the most soil, which is rich in humus and organic matter. However, this plant is not too much particular about the pH levels of the soil.

One thing to know is that work the layer will help in improving the airflow. It will also help in creating loose soil, which will allow the roots to grow easily.

Watering plays an important role in bleeding heart plant care. You will need to keep these plants well-watered throughout the summers, especially if you live in warm climatic regions.

The western variety of the bleeding heart is comparatively more drought-tolerant than other species of this plant. However, it is still the best thing to treat all varieties like the woodland plants. So, provide them with moisture regularly, but it doesn’t mean a wet environment – don’t overwater them.

Temperature and humidity play a vital role in bleeding heart plant care. These plants will start to turn yellowish when the summer heat starts to ramp up.

However, you don’t need to worry, as this is a sign that the plant has begun to store the energy for the winter season. The ideal temperature for the bleeding heart plant is between 55 degrees to 75 degrees Fahrenheit. This plant also has good tolerance towards humidity.

The bleeding heart plant is not a type of heavy feeder, and this is why the fertilizing depends on the soil quality of your region.

In case the soil in your region is rich in organic content and is amended on a yearly basis, then you don’t need to feed these plants at all. The bleeding heart is a type of woodland plant, and this is why they especially do great if you provide them with a leaf mold dressing on top.

Is The Bleeding Heart Plant Toxic?

The serious cases of poisoning in animals like horses and dogs are very common. However, poisoning from these plants in humans is not that common.

What Are The Symptoms Of Poisoning From Bleeding Heart?

If humans ingest large quantities of the bleeding heart, then it can lead to liver damage along with seizures in humans.

The small-sized dogs are especially at the risk of poisoning from these plants as they can be affected even with limited exposure. Other than the dogs, the horses which graze on the bleeding heart plant are also prone to poisoning. Humans should also avoid eating any of the parts of this plant. If they do so, they can experience skin irritation or rashes on mild levels.

You should also be especially careful when going for bleeding heart plant care to avoid any poisoning.

The Lamprocapnos Spectabilis genus of plant has numerous varieties and cultivars. Other than this, there are also some other popular species with similar characteristics in growing.

Some of the popular varieties are:

These are some of the cultivars and varieties which you can grow in your garden for an attractive and interesting outlook.

However, you can trim the foliage back when it begins to tuner ugly in looks. The fringed leaves variety if this plant will get a little ragged eventually in their looks. This is why you can shear back them to their basal levels of growth. Later these plants will rebloom and re-leaf again in the season.

How To Propagate The Bleeding Heart?

The bleeding heart plant is normally planted from the seedlings of a nursery. However, you can also propagate them using the bleeding heart seeds, divisions of clumps, or by using cuttings from stems.

Follow these steps for propagating by using the seeds:

These are some of the steps which you need to follow for propagating these plants from the seeds.

Follow these steps for propagating through the division method:

These are some of the steps which you need to follow for propagating by the process of division.

Propagating By Using The Cutting

Follow these steps for propagating through the method of cuttings:

These are some of the steps which you need to follow for the propagation of the bleeding heart plant using cuttings.

The bleeding heart plant care is easy as it is fairly free of any troubles. However, it can still face some of the problems like:

This plant doesn’t require much care and all you need to do is water it during the spring season. Other than this, it doesn’t require any kind of pruning or fertilizers, and it is also one of the best options when you want shade plants. 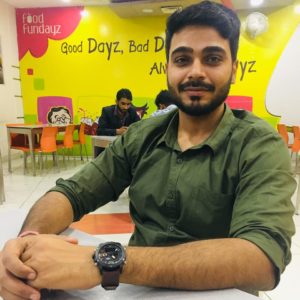 How To Create A Compact Hanging Vegetable Garden At Home

How To Create A Appealing And Blooming Balcony Garden

Best Area Rugs For Your House This Year

Fanciable Ornamental Plants To Have A Alluring Garden

How To Grow: Adenium Obesum aka Desert Rose Plant

When Should You Be Watering Your Trees in Fall?

How to Clean Shower Doors Properly?

How to Clean Soap Scum from Bathroom Easily